Here's What Xcel Has in Store For Minnesota in its 15-Year Plan: 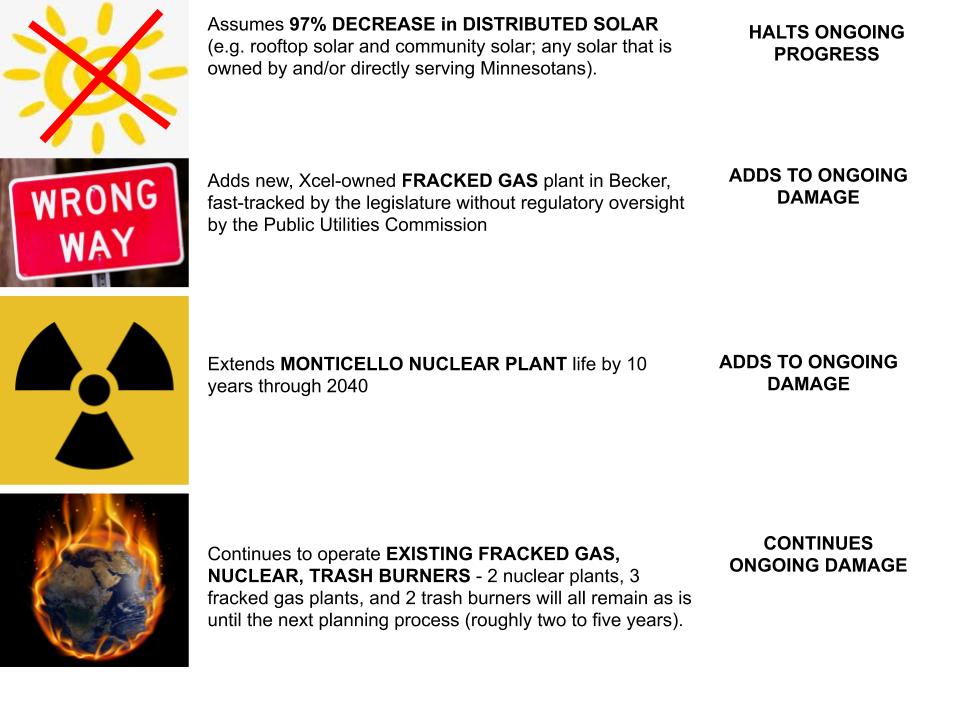 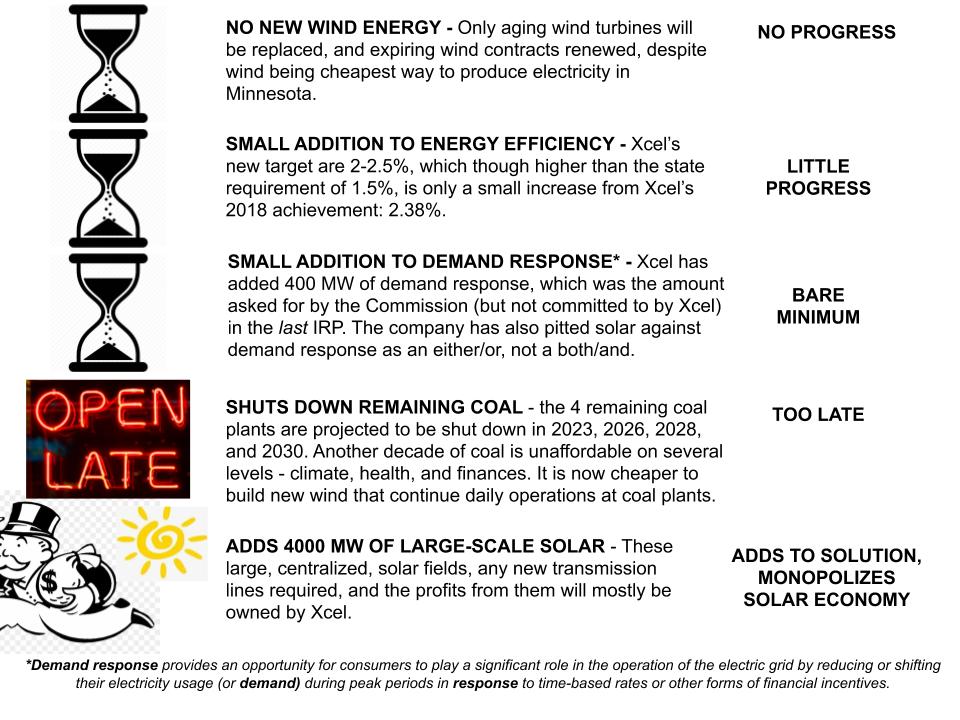 The Public Comment deadline for Xcel Energy’s 2020-2034 Upper Midwest Integrated Resource Plan had been initially set to start January 8, 2020 at 4:30 p.m. but the MN Public Utilities Commission has since revised the comment period. Xcel Energy crafted their initial 15-year energy plan (released in mid-2019) on the assumption that state regulators would approve their acquisition of a Mankato natural gas plant. Because it wasn’t, Xcel had to go back to the drawing board and craft an entirely new plan, delaying the process by about 9 months.

The initial revised deadline for Xcel to file its new Supplement to its Integrated Resource Plan had been April 1, 2020. But the CO-VID 19 outbreak delayed this deadline to June 30th, 2020 upon the request of Xcel Energy.

Xcel Energy has filed its IRP supplement the morning of June 30th so you may submit comments to the Public Utilities Commission throughout the Comment Period. Comments received after the close of the comment period may or may not be considered by the Commission.

Xcel’s new 15-year plan is much the same as it was before in energy generation with retiring coal by 2030, extending Nuclear and evaluating different sizes of the Sherco Gas Plants.

Xcel's approach remains the same on assuming a minimal amount of Distributed generation/Community Solar – beyond what is approved now- In context:   Xcel’s forecast total is for 273 MW of rooftop solar by 2034) the St. Paul Climate Action asks for 200 MW of local solar by 2030. Xcel does not have control of how much of these types of solar energy will be developed - and will plan less utility scale if there is more CSG/DG.

Xcel does mention a project that provides incentives for low-income homes/businesses/non-profits/schools to install rooftop solar - and a proposal to install Xcel owned solar on low-income households and provide bill credit.

Xcel now has a 12-page attachment dedicated to Inclusion, Diversity and Equity.

In its new IRP, Xcel Doesn't Include Scenario w/ Coal Plants Retiring by 2030 + Nuclear Plants Retiring at End of Life. This scenario was basis of the Minnesota's Smarter Grid Study and Xcel may have gotten similar results if they had studied it

323 individuals signed in, 104 people spoke, and the Administrative Law Judge collected 47 written comments at the 5 hearings were held on October 21st at 2 p.m. & 7 p.m. in Minneapolis, October 23rd in St. Cloud, October 28th in St. Paul & October 30th in Mankato.

The engaged community members who showed up to speak at the 5 public hearings were overwhelmingly in agreement with each other and on message in concern for climate justice. The most common message was challenging Xcel’s proposal for billion-dollar new gas plant in Becker, MN as posing an unacceptable risk to both meeting climate goals as well as in costs to customers. The equity and access message was also pretty strong and probably the second most common.

Click Image Below to see video of a rally that Community Power co-hosted prior to the 7 PM Oct 21st IRP hearing!

Written comments also accepted in any of the following ways:

Public Comments should include your name, city and state [and the docket #19-368] and can be submitted in the following ways:

1. Online: Visit www.mn.gov/puc, select Speak Up! Find Docket No. 19-368 and add your comments to the discussion.

2. Email: Email your comments to consumer.puc@state.mn.us. Please make sure you include the Docket Number 19-368.