There are lots of ways you can get involved. We need you to help keep Minneapolis' energy options open!

We are seeking volunteers to be a main point of contact with their City Council Representative to advance the following priorities: inclusion of active community participation in the proposed city-utility partnership and a utility franchise agreement limited to a 2-year term. You can:

If you're interested, please email Marcus Mills ([email protected]) with your name, address, and phone number or give him a call at 612-406-1252.

Thank you for helping secure the Minneapolis Clean Energy Partnership and a short-term franchise agreement that keeps Xcel and Centerpoint accountable to it. Together, we have real power in our energy future. 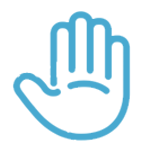 We need YOU to make this happen. Sign up to work an event, make calls, volunteer your services or be a part of one of our field teams. Have a specialty skill you'd like to use to contribute to this cause? 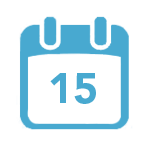 Attend a meeting or event

Want more information? Come to one of our meetings, parties or volunteer to host your own house party for Minneapolis Energy Options!